This article presents a method for identifying loops in anime video. By finding the same frame in the source video to determine the begin and end timepoint of the loop can be fragmented, roughly get the matching loop fragments, and then through some specific filters to filter out the meaningless fragments, and ultimately come to effective loop fragments.

This article presents a method for identifying loops in anime video. By finding the same frames in the source video to determine the beginning and end timepoint of the loop can be fragmented, roughly get the matching loop fragments, and then through some specific filters to filter out the meaningless fragments, and ultimately come to effective loop fragments.

This method is only for the anime video, is due to the special anime production process that the key animator draws the key frame and the program complete the full frames, so the video will have a great chance to find almost exactly the same two frames.

loop fragments, that is when playing a video, can’t figure out the beginning and end timepoint of the fragment, the entire play can be unlimited. The judgment of the loop fragment is to determine whether a video first frame and the last frame are the same. (Not as long as similar enough, need to be similar to the level of high to almost exactly the same)

But in fact, rely on such a single judgment to identify and clip out of the loop, there will be a lot of meaningless results. The classification of the loop fragments can be roughly different from the perspective of the transition of the scene, the lens following, the change of light and shade, the foreground action:

aHash is by comparing each pixel with the average of all pixels in gray scale. the general steps are as follows:

Perceptual hash algorithm [^ 1], hereinafter referred to as pHash. pHash(s) describe a class of comparable hash functions. Features in the image are used to generate a distinct (but not unique) fingerprint, and these fingerprints are comparable.

pHash based on each row of pixels before and after the gradient to achieve, the general steps are as follows [^ 1]:

Difference hash algorithm, hereinafter referred to as dHash. DHash is based on the adjacent pixel gradient implementation, the specific steps are as follows:

The choice of fingerprint hash algorithms

In contrast to the usual practice of identifying similar images, it is necessary to have more accurate identification accuracy in order to find better loop segments. This precision is mainly reflected in the fact that the two pictures before and after the translation of scene or cropping should be judged to be similar but not identical. 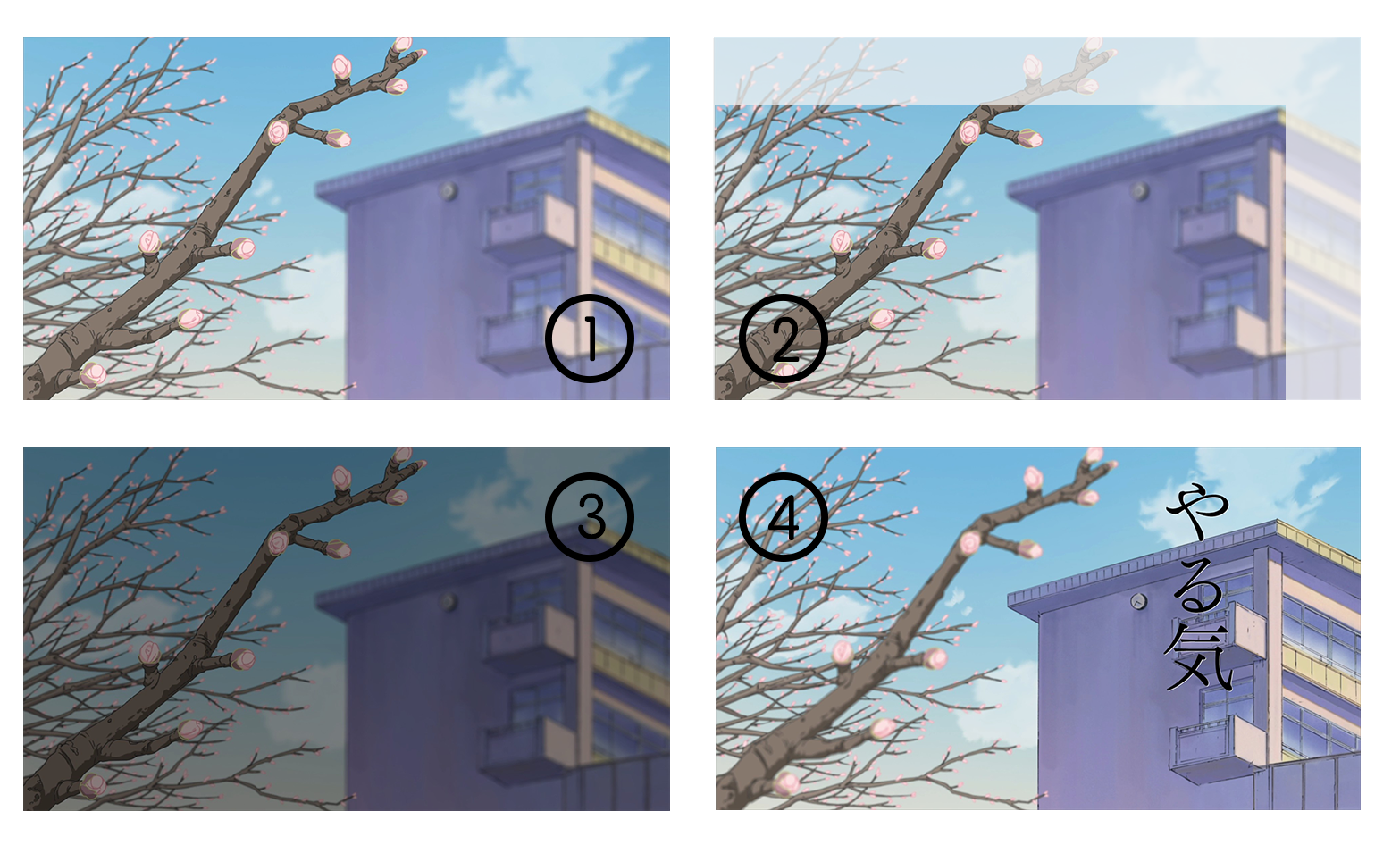 P1 is the original; P2 is cut off part; P3 brightness darkens; P4 has text to join. These four pictures can be said to be similar, but can not be said to be the same.

We want to be able to enlarge the similarity gap between P1 and P2 in Figure 2 by comparing the fingerprint hash, and narrow the similarity between P1 and P4. It can be seen that the pHash DCT16 / 64×64 is better for differentiating pictures or having different local effects, and can reduce the effect of local variation on similarity judgments, and only the color change can not be distinguished. Therefore, we can use the pHash DCT16 / 64×64 as a method of calculating the fingerprint hash, and when comparing two pictures, calculate the Hamming distance to calculate the similarity, if the similarity is greater than or equal to 0.98 (this threshold is a magic number, For different data can be freely adjusted), you can get two pictures the same. After that we only need to add a filter to filter out the similar images in different color shades.

In order to be able to find loop in one cut, you need to first find out the beginning of the end of the time point in every one cut. Here we can use the frame difference method to distinguish the cuts switch – calculate the absolute value of the difference between the adjacent two pixels, the proportion of the higher proportion of non-black pixels accounted for, then the adjacent two pixels changes more, Thereby determining that the lens is switched. See Picture 6 and Picture 7. 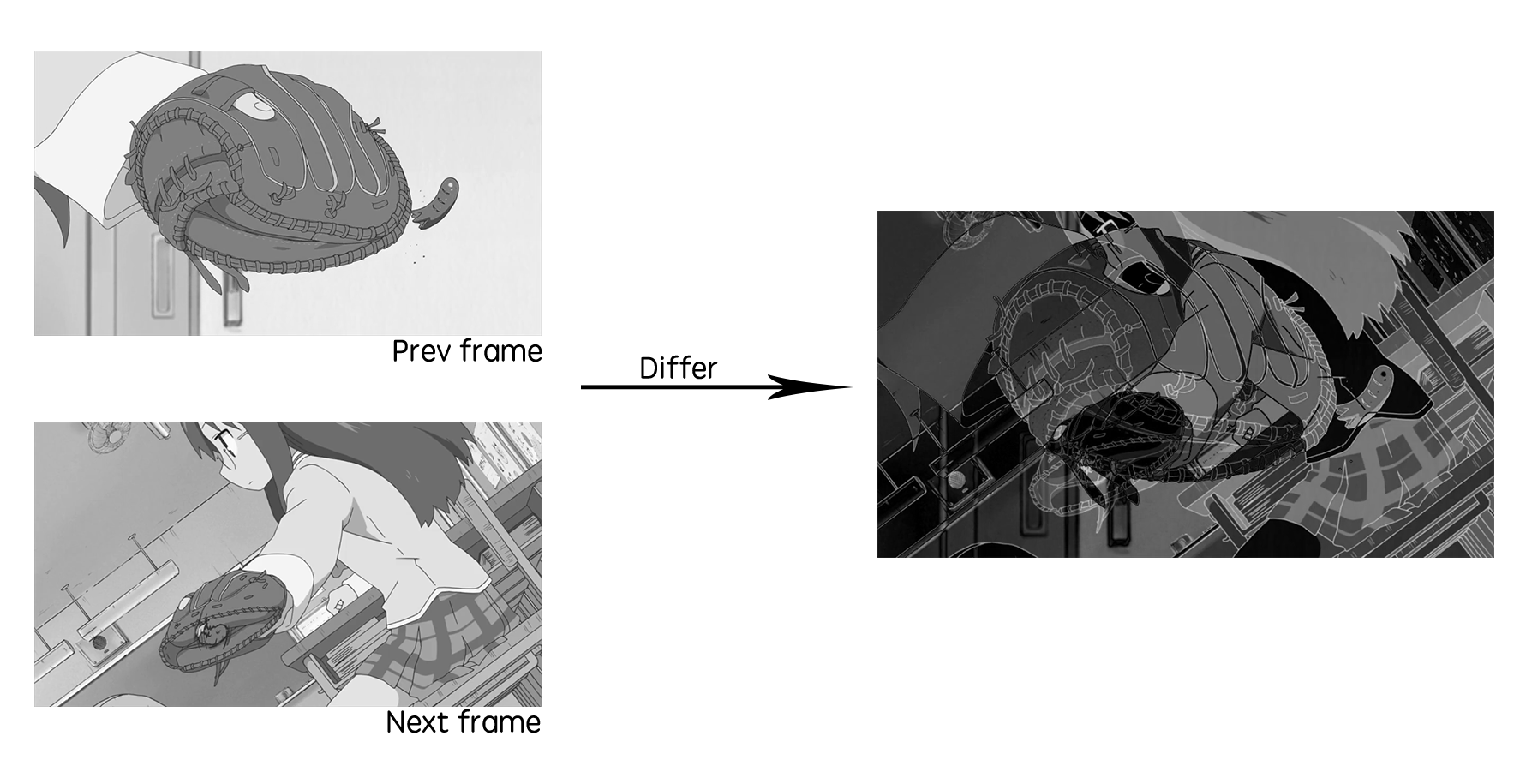 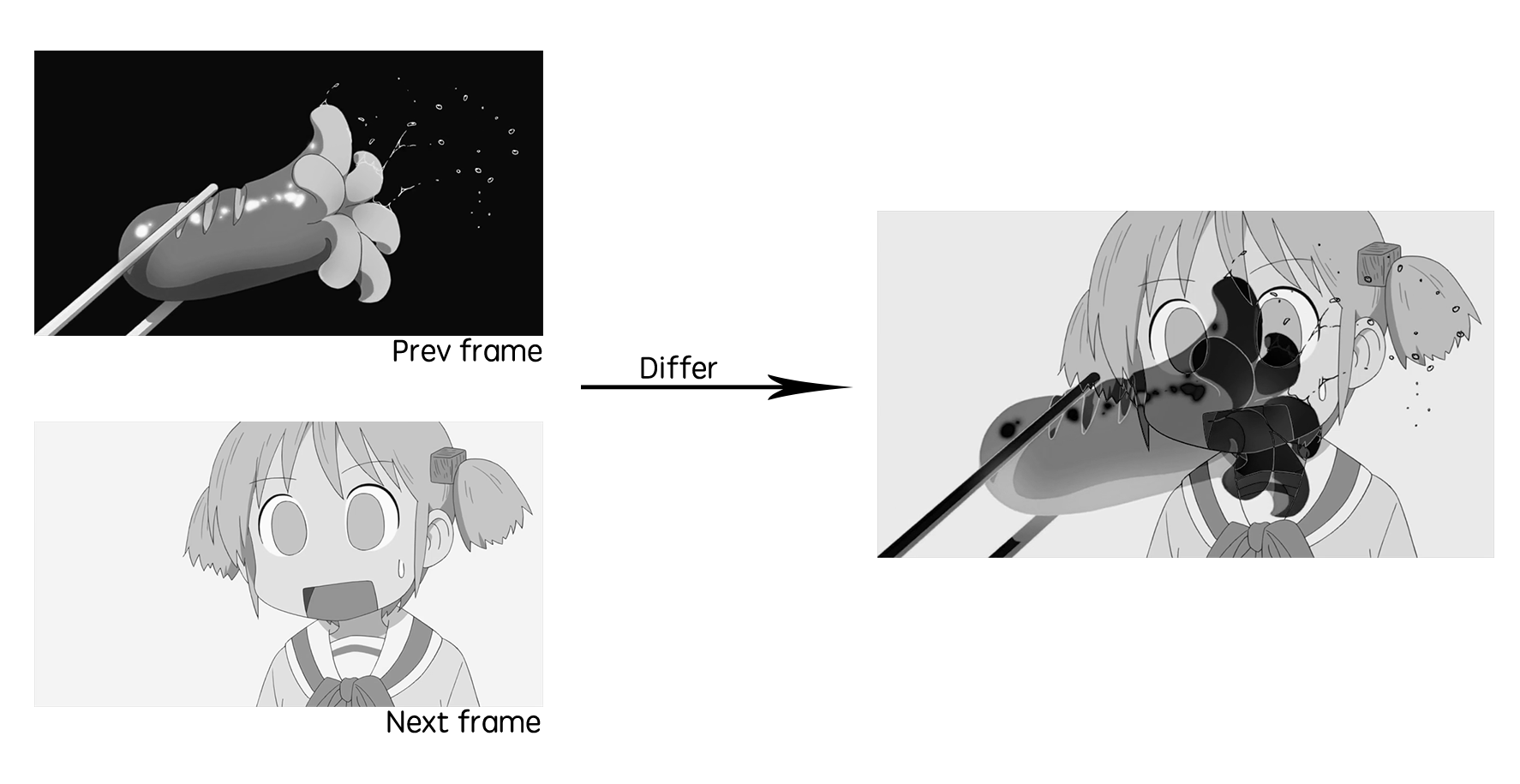 The specific steps of the frame difference method are as follows:

(See Picture 9), we can see that there are some very significant steep additions, we take the ordinate 0.85 (this threshold is also a magic number) Above part of the steep increase in the vertex, combined with video playback eye observation found that these points on behalf of the abscissa is just the time to switch the lens point.

Tips: compressed video size before and after the calculation of the results are basically no difference, after compression, the calculation speed becomes faster, see Picture 8, Picture 9.

Picture 9: the proportion of non-black pixels in 64×64 size

Before analyzing the identification, first need to use the data cache:

Find the same fragment as the start end frame

The two horizontal lines represent the sequence of video frames, the blue short bar represents the pHash value of each frame, and the orange long vertical line represents the time point of the lens switching.

It is first necessary to determine the minimum length (kMinDuration) and the longest length (kMaxDuration) of the length of the loop segment to be found. The main method of screening the matching loops is that the double cycle traverses any two frame frames within the limit length to determine whether the same, if identical, that is a circular fragment.

Look specifically at the following pseudo-code:

It is judged whether or not the begining and end frame are similar, and if they are similar, the previous clip should be removed.

Calculate the similarity of all frames in two segments, and calculate the variance of the resulting similarity set. This variance value represents the dynamic degree of the slice. Variance is small, indicating that this segment is small, it should be removed.

Filter: remove the beginning of the end of the frame for the black and white solid color of the fragment

Some of the identified loop fragments start from a black or white solid color screen (usually more appearing in the OP, ED), calculate the number of black or white pixels in the end frame of the loop fragment as the total number of pixels, If this proportion is large, then the beginning of this fragment that the screen is white or black, should be removed.

To determine whether the first and last frame picture color is consistent, if not consistent, then exclude the loop fragment. (Mean_g, mean_b, mean_r), if the two pictures to calculate the same average, then the color consistent, see Figure 12. 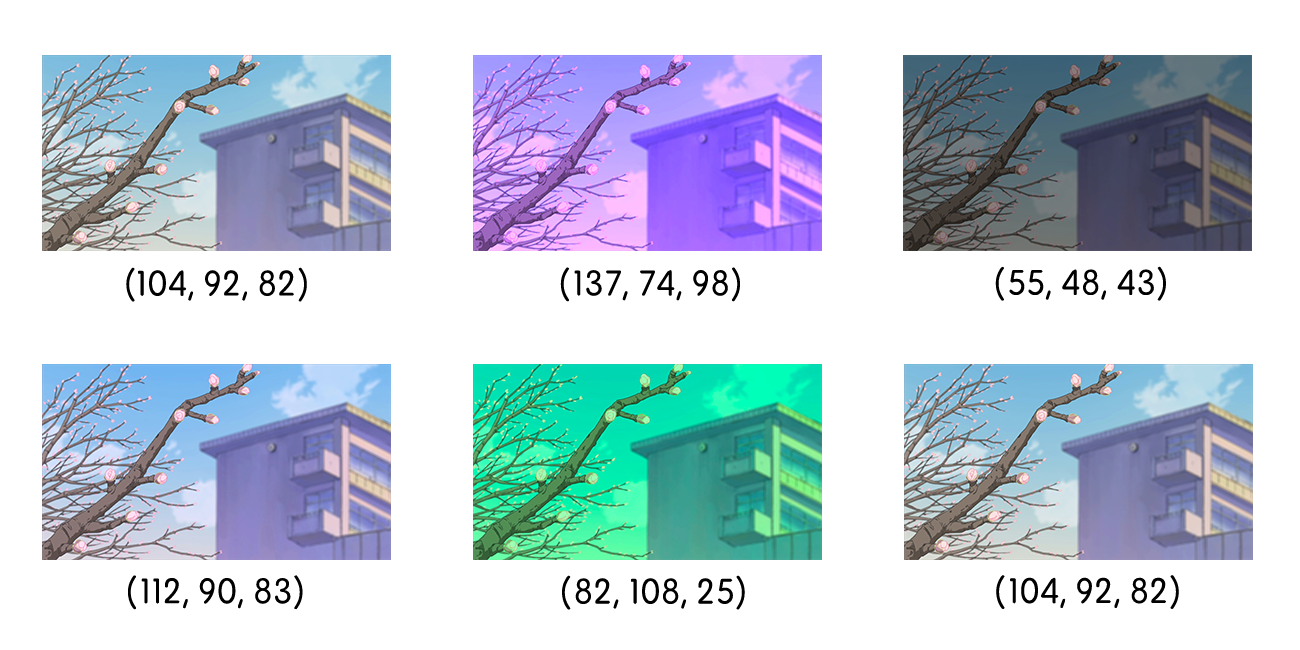